But, it was expected.

We had a whirlwind romance that's a thousand times dizzying than a rollercoaster ride. It was more like that creaky Octopus ride at the school fair -- It cruelly whipped my body around by mechanical force and relentlessly spun me in my seat by gravitational pull. And by that, it made it seem like that pounding sensation in my head was partly my fault, too. Pretty damn devious.

2013 was a bad boy. Exciting me, giving me all these false hopes at the start of the year. Driving me to slave away for empty promises. Only to be smacked with a barrage of let-downs and bad luck in quick succession from mid to end. December alone was a mishap party. One unexpected plot twist after another with absolutely no time to powder in between.

After the last blow in December 30 (and I am thankful that December 31 was spared), I started wondering if there was ever romance between us at all. Has it always been a one-sided affair? Did I assume 2013 even cared?

Last night, 2013 left me without a word. It's almost as if it never came into my life. Though I do have the battered wife-like physical, emotional, and mental scars to prove that it did.

Like most bad relationships, the best way to get out it is... ALIVE. Stronger. And wiser. Enough with the quick-to-trust, easy-to-get, love-to-please mindset and heartset. Enough of that 'I know you'll take care of me' comfort zone. 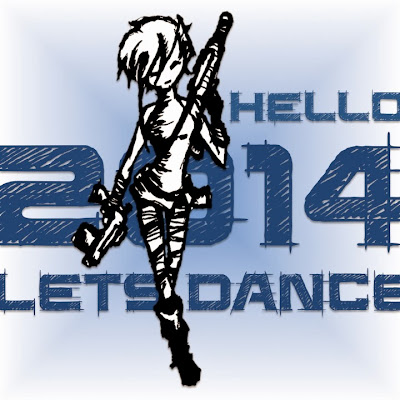 So, 2014, I don't know what 2013 told you about me. But nope --despite the recent breakup, I'm far from vulnerable.
Email Post
Labels: 2013 sucks 2014 bad luck business relationships New year post rant