Some guy once said…
"Anyone who calls a job a raket is bound to come up with shoddy work. After all, he's only in it for the money."

Okay, I may have paraphrased. It's been a while since he said this and at the time, I was too busy doing my load of 'shoddy work' to engage in some kind of bite fest. But now that I've finally found a breather from being 'in it for the money', I have this to say.
CALM. YOUR. TITS.

Raket in my freelancing world does not mean the same as raket in the judgmental world. If you're an oldie, you'd take raket in a political scamming light… which is way behind what the word represents in the industry today. If you belong in the same industry I speak of, then you would know that raket is a colloquial term. One that modernises the term 'sideline' or 'kalakal'.

Eventually, the term has evolved to house a group of independent creative people called Freelancers. Freelancers do rakets. Which means they do everything. It is not a crime.

If you're going to say that anyone who does rakets purposely does so without any modicum of passion or aim for creativity or good work, then dude, THAT'S the crime. You cannot generalise a group. That's just not done.

But for everyone's amusement, let me go on a little rantage.

I know it will take some people forever to accept this, but a great deal of Freelancers actually strive for excellence. Every. Single. Time.
Every project is a pitch to us --whether it's for a new client or for one we've already established a good working relationship with. Still, every move is a nerve-racking way to prove ourselves. Over and over and over. Why? Because we do not belong in an agency that promises stability. We do not have paperwork that guarantees us a steady flow of projects. That is why every TV concept, every flyer copy, is a test. A make or break. One misstep and we can lose everything to another Freelancer.
You think sitting in a plush agency office puts one in a dog-eat-dog world? Oh, that's nothing compared to the Freelancer's shark feeding frenzy.

Can you imagine living like that for the rest of your working life? Maybe not.
But us Raketistas do. Because we're daredevils. We enjoy the daily competition because it's a way to hone our skills. Without the benefit of agency-funded immersion programs, we go out and self-teach ourselves to improve our craft or add a new service to our portfolio to keep us relevant and wanted. That's called survival. And you can't go shoddy on survival.

Okay, I'm not saying every Raketista is like that. Some Freelancers do stray. So I DON'T generalise. 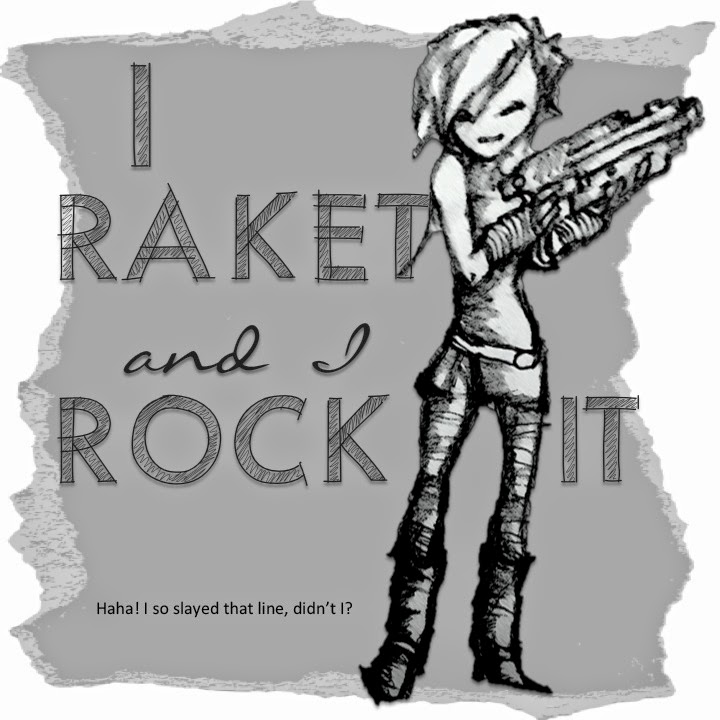 PS. I really, really do like the name RaketChick, and I am keeping it. Sure, it has that evil word raket in it, but the image of RaketChick is what tells my clients that I'm badass, ballsy, and that I get things done. The word does not literally describe the person nor her work. Just as when Michael Jackson said, "I'm bad.", people didn't literally think he was. :P