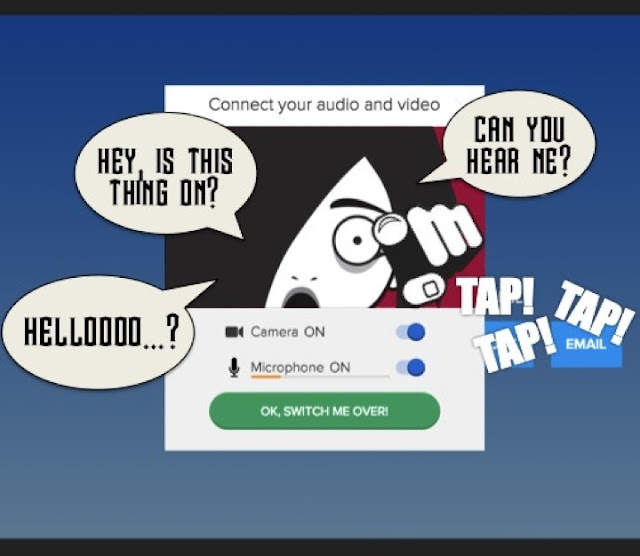 Well, it did break something. Broke me out of my comfort zone, broke my back in hours of tech research, and broke some brain cells to smithereens, too. Grueling process. But so worth it because I did learn something. A lot of things. So for today, I'm gonna go ahead and share with you the entire process before I managed to livestream my first webinar on Facebook live via the powerhouse that is BlueJeans OnSocial.

Okay, let me put it out there that I am no way tech savvy. In fact, I haven't even done a single IG story. *hides under a rock* I have been so used to speaking in front of a live audience during seminars that talking to a laptop or cellphone made me squeamish. But, times are changing... social media is the way to go... so you ride that wave.

On the first day I jumped headfirst into this brand new endeavor, I may have suffered a minor concussion. There are like options galore out there.

Naturally, I went with the most popular first, the one that would be so easy to use, with the most complete features. We're talking about a built-in webinar landing page, a registration button, countdown, reminders, autoplay, post-review. Ever|Webinar has all of that and more. And it's got a $1 trial offer for 30 days! Winner, huh? Except they don't accept Paypal payments without a credit card attachment. Plus, buying into the service after your trial period is puts you at whooping $497 per year. Reasonable, to be honest. But for a noob like me, still way out of my league.

So, I went with the next best thing. Webinar Jeo has a lot of good features and also allows you to relax during the whole techy process. They also have a monthly deal --$14 a month is not bad at all. But, I am cheaper than sin and would like a free trial. Which, unfortunately, this program didn't have. Call me a tight wad but I would like to dip my toes into the water first before you tell me to dive in for a month. I haven't given up on you though, Webinar JEO. Perhaps when I've become less green?

It has now occurred to me that if I didn't want to shell out money, I will have to quit hoping for ease and relaxation. I should learn to pull my own weight around. This time, my research went into finding out how to livestream on my own. The most popular in this DIY arena is a software called OBS (Open Broadcaster Software). You can download it for free and it's really impressive, until it started dissing my equipment. Apparently, OBS only works for updated Macs and God knows my Mac isn't. I have been ditched. My heart breaks.

Next, Wirecast! It's a free downloadable software that allows you to stream to Facebook Live and YouTube Live at the same time. SCORE! Well, not so much. If you get the unlicensed app (the one that's free --which, obviously, was the one I downloaded), you don't get the FB Live goody. You only stream to YouTube. Plus, you stream with this huge Wirecast logo splattered in the middle of your video --with a woman's voice breaking through yours muttering 'Wirecast'. So, nope.

This was awesome! Nearly bought into this based on a misunderstanding. Haha! It's a paid online stream machine that does not require you to download any software. At $4 for 4 hours of stream time, it was a dream! It also came with a countdown counter which I have always wanted for my webinar. But... their Support group later informed me that the $4 deal only covers one pre-recorded video and no counter. That killed it for this cheapskate. I had wanted to pay for both features. *sigh* The tragedies this quest for money-for-value brings.
Another thing that turned me off from Livereacting are the reviews, or the lack thereof. It's like no one ever uses the thing. I've only found a couple of reviews and they were blasting on how the service buys LIKES which Facebook has deemed illegal.

Sure, it didn't have a counter, a landing page, and on-the-dot reminders. But BlueJeans thrust is on web conferencing. It organically livestreams to Facebook Live like it's no one else's business! It also gives me the choice to stream to a chosen group of peeps with a private link, or to go wild with a public stream that loops my webinar for 7 days on my Facebook page. Holy Mother! And, that's for an unlimited number of video streams. I can stream 500 webinars to Facebook for FREE! That is, if I had the strength to do 500 webinars in 30 days. I might just try. Hahaha!

After the free trial, BlueJeans has a neat $12.49 monthly package that has you set up with the same features and more. Took me all of 5 minutes to go live on Facebook and I didn't have to fry my brains with technical stuff. So, yeah, this monthly deal is looking pretty tasty. And did I mention that its audio is powered by Dolby? Hey, yeah!

Hands down, it's BlueJeans OnSocial for RaketChick. I am keeping my fingers crossed that their service will someday extend to YouTube. Then again, Facebook is where it is when it comes to my business core so maybe what I have now is already perfect.

I can't even think of anything negative to say. Damn it. That is so unlike me. Lol!
THANKS, BLUEJEANS! YOU ROCK THIS FREELANCER'S SOCKS! 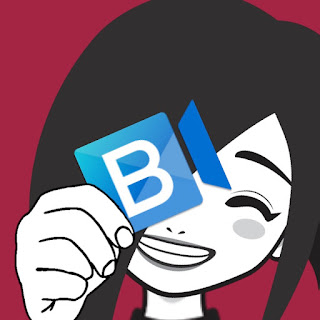