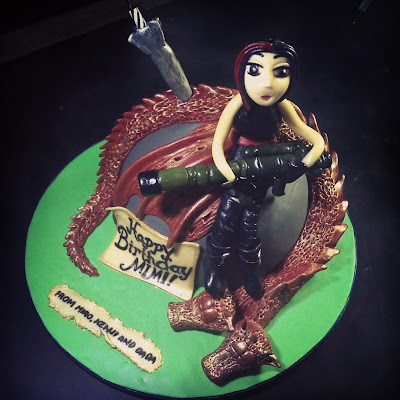 And, just to shake things up a bit on this momentous occasion, my boys decided to marry reality and the imaginary with the coolest birthday cake this side of the planet. Presenting the first ever... RaketChick Cake! Or RaketCake... (I haven't decided, really) 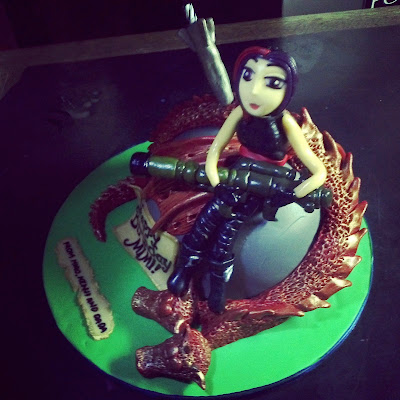 Designed by my boys and brought to life (and flavour --it's Banana Cream Cheese. Yameeeh!) by the ever-reliable cake master, Midnight Snacks, let us take this moment to appreciate this awesome craftsmanship of a mega beast fondant nature. Let us begin with a quarter turn. Just to prove that this goodness comes to you in 3D. 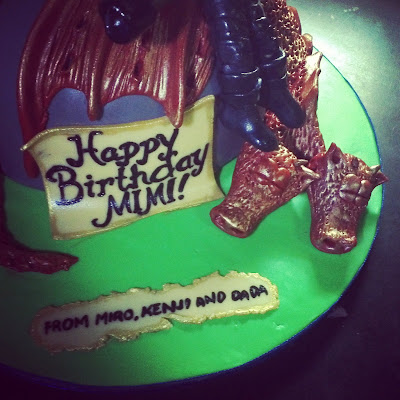 Then, a glorious caress over the impeccable detail of a very dead 2-headed dragon. Because, as my Robot Boy says, "There are no normal creatures on RaketChick. Everything has to be weird monsters.  That's just how it is!". Ah, I've taught him well. 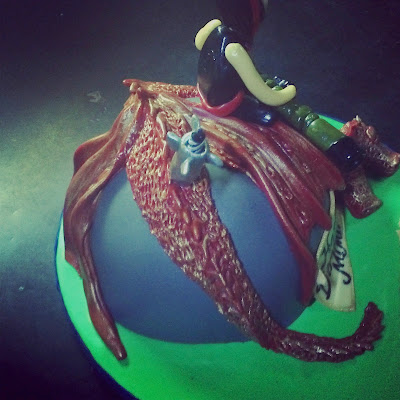 Another panning shot takes us to the back where we are completely floored by the meticulously sculpted dragon scales and war-torn wings. A brilliant plus is the rocket war head stuck on the back of the dragon subbing as a candle holder. Brilliant, I tell ya! 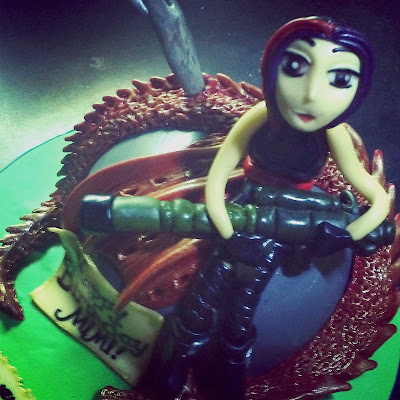 And finally, RaketChick --toting a rocket launcher. Because as Hyperkid says, "That's the only way you kill a dragon --shoot it out of the sky!". Hellz, yeah!

The only change here is that RaketChick's hair isn't as spiky as it normally is. Because MY hair isn't spiky. But yeah, we do share the red and purple hair hue. Don't ask. It's just... how it is. 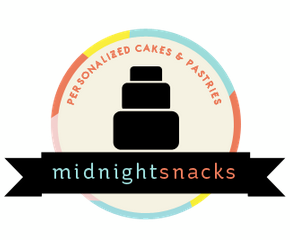 I bet you're more than thrilled to make edible sculptures of yourselves on your next birthday, huh? Ok, I'm not that selfish. You can call Midnight Snacks anytime.
Now excuse me while I go eat myself.  Hahaha!!!
Email Post
Labels: birthday cake design your own cake Midnight Snacks RaketChick