C'moooon!  Don't say you haven't power tripped ever?  Sure, you have!  After all, bullies don't go away after elementary school.  They all come back well-dressed in the corporate world.
What --you were never a bully?  Ne-ver?!  Boy, are you missing out!

When you're a raketista, you don't get to power trip that much.  You work solo.  So having someone to bully is a grave rarity.  However, there will come an arrangement when you'll have to work with a team to get a monumental project rolling.  If you're in the deal as just another extra hand, chances are, you'll be in the receiving end of someone's ultimate power tripping high.  That someone would be the team leader, or the self-proclaimed second in command.  She'll be the one feeding on the panic and anxiety of the underlings --you being one of them. 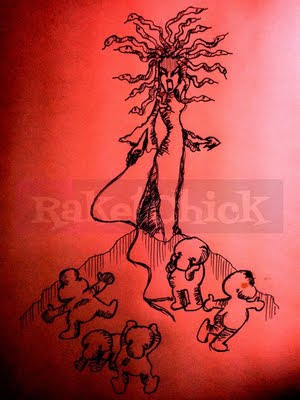 It will be a godawful journey if you're under an expert power tripper.  As the name implies, she's doing this for sheer personal fun, aka, trippage (yes, I made that up).  She loves seeing you cower in fear when she enters the room.  She has the balls to will it.  And then she'll revel in triumphant glee as you do her job for her.  And she does it ever so smoothly --with no yelling, just quiet intimidation-- and you fold like dough in the rough hands of a manipulative baker.  It's all in the presence.  And the background.  It helps when the power tripper has an illustrious past that makes her worthy of dishing it out.

But if you're under an amateur power tripper, it will be the most hilarious entertainment of your entire freelancing life.  An amateur will yell, push you around, exhibit bossiness specifically during crunch time --only because she's scared shitless.  It's a funny sight really.  And lacks credibility.  What you do is just breeze through her insanity and you'll do fine.  She'll be the one falling down in a puddle of shame soon after.   Karma for drama, I always say.

Incidentally, I was under the bitchy efforts of an amateur power tripper recently.  What a comic relief!  When the cards are turned, I will be more than willing to teach her the ropes to proper Power tripping. 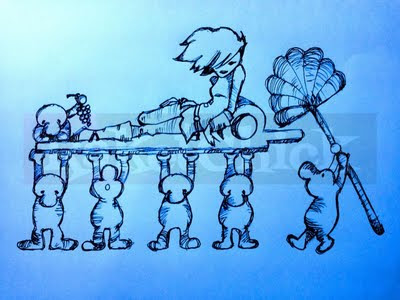 You should observe your designated power tripper, by the way.  If she's good, watch, learn, and work for it.  If there's anything you should learn from this post is that Power tripping is earned.