What has my tidy whities in a bunch this time, you ask?

I have one word for you:  NAPBAS.  For the uninformed, let's make that 4 words and a bunch of numbers:  Nuffnang Asia-Pacific Blog Awards 2011.
There!
This most prestigious event of the blogosphere is being brought to you locked and loaded by Volkswagen Malaysia and Putrajaya Marriott.  Here, the region's best bloggers are honoured.  Here, blogger communities from across Asia-Pacific are brought together in the biggest eyeballer in blogging history.  Think Oscars... but with a lot more spunk. 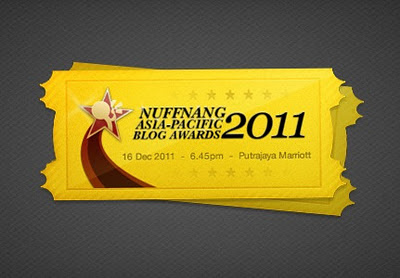 It all happens on the 16th of December 2011.  That's 500 bloggers from around the Asia-Pacific region --all flocking to Kuala Lumpur at Malaysia's luxurios Putrajaya Marriott, home of this year's most-awaited Blog Awards.  Ah, what I would give to get a free pass!

Whaaat --I can give you a gazillion reasons why I should grace the occasion!  But for now, I have a strong three. 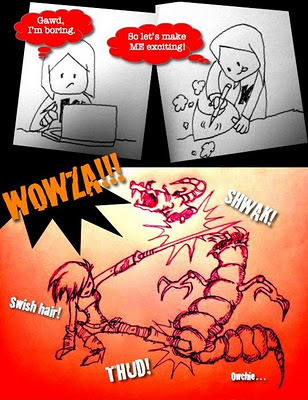 First off, RaketChick is a Hidden Gem.  It's more than just a blog detailing a freelance writer's day-to-day exploits, triumphs, and faceplants.  RaketChick is ...my mercenary, my alter ego (dun-dun-duun...).  She's the entity that makes writing adventurous and cool.  In this page, you don't just get funny anecdotes and valuable entrepreneurial survival tips.  You get action, suspense, violence, and a fair share of grit and gore.  Writing a 60-page annual report for a stingy client just isn't told the same way in here. 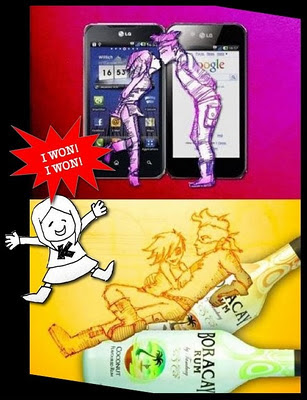 Secondly, not to brag --ok, maybe just a little bit-- in the first 2 months of RaketChick's introduction into blog world, this superhero slasher already won 2 Nuffnang contests.  Uh-huh!
Alright, I know others have won more.  But, geez, in two months?!  That's a big deal for me since I don't even win in Christmas raffles.  *sniff* 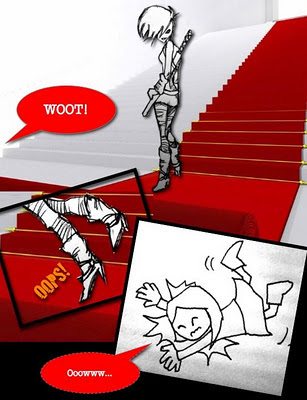 Thirdly, RaketChick is a scantily-clad badass bitch toting a samurai.  Hot.  Dayam.  Wouldn't you want to see THAT sachay on the red carpet???  Oh, of course, you do!  Listen, NAPBAS isn't NAPBAS without this BADASS.
Hehehe...
Oops, there goes one of my infamous faceplants!

I'm coming to get you with my uniquely combined nerdic and superheroic powers, Nuffnang Blog Awards!  Hey, every big event deserves a little schizophrenia every now and then... hmm?
See you soon!