PLDT myDsl and Nuffnang bring you The Avengers!

TEAMWORK!
Grab your gear, kids, because today's theme is all about how assembling a group of greats can allow you to champion good over evil. 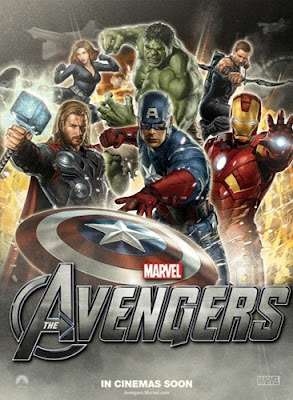 Yeeeah, you know where I'm taking this.  The Avengers.  Summer is set to explode with the biggest powerhouse assembly of super heroes in the history of cinema.  We're talking Captain America (the all American World War II do-gooder as good as apple pie), Iron Man (narcicisstic badass who's also a goodass... haha!), Thor (god of thunder...yep, he's a god, don't question him), and Hulk (that crunchy on the outside, soft and chewy on the inside crime fighter... just don't get him angry).  Was 'powerhouse' an understatement?  I see you crying all the way home, bad dudes! 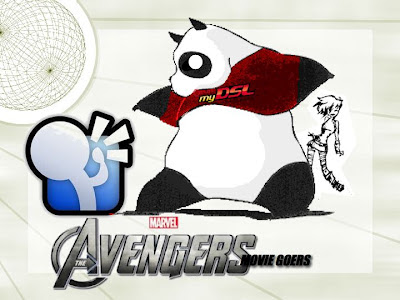 Now, what can be better than that?  How about another assembly of awesomeness inviting Nuffnangers to an exclusive The Avengers screening on April 26, 2012 at the Shangri-la Cineplex?  Uh-huh, that's the ticket.  We're talking PLDT myDsl (your fastest connection to the fastest Internet connection) and Nuffnang Philippines (the first --and biggest-- blog advertising community in the Asia Pacific).  Uhm... and me, RaketChick.  But only because I'm blogging about it.  Hehe... such a moocher.

Oh, but it gets even better!  Teamwork is also an essential ingredient to creating an assembly of hot damn advertising.  This time, we're talking PLDT myDsl's Anna Banana (only the most talked about viral ad series to hit TV and YouTube!).  Who doesn't know about that?!

It's the shiznit because of the teamwork all three ad installments had to create a solid story.


To the touching mom/fan TV ad that catapulted the Anna Banana serenade to amazing hits.


And, ended nice and neat with the 'Thanks to my fans' ad that involved the YouTube commenters in the viral sensation themselves.

Speaking of good, I hear PLDT myDsl has something more up its sleeve.  The PLDT myDsl Plan 1299 is now upgraded to 1MB from the previous 768Kb.  If you're on Plan 990, you can upgrade your subscription to Plan 1299 by simply adding Php300 to your monthly bill.  How snazzy is that!  Just hit www.pldtmydsl.com for more details, why doncha?

Whoa... this is one powerhouse blog post!  That's the power of Teamwork.  It's only the best when it's this good.
Email Post
Labels: Nuffnang Philippines PLDT myDsl The Avengers