Duped.  Conned.  Suckered.  Hoodwinked.
I don't know if my clients have been having secret conspiracy sessions over coffee, but two of them actually had the same MO in pulling the wool over my eyes recently.

It's called...
Renegotiation of fees many months AFTER work has been done.

It all started with them agreeing to my cost estimates.  Then --after work submission, tons of revisions, and approval with flying colors-- accepting the billing statements without much of a word.  And then a long-running series of follow-up calls --most of which fall on 2 to 4 pairs of deaf ears.  Until finally, I got the "You have to lower your costs to a humiliatingly low level or we won't pay you a cent.  Capische?" bomb.
This, like I said, many, many, many months after project completion.

In full frustration mode, I --the documentation addict-- naturally sent them copies of our past agreements and simply got the "Our hands are tied and so are yours." retort from both parties.

Now how do you handle situations like these?  If your patience hasn't completely worn out --and I laud you for that-- you can make a case out of it.  You do have the signed paperwork and email thread which can definitely give you some muscle in court.
Or, you can just take what's left of your money and run.  And learn from the experience.

I'm more inclined to do the latter.  When you're a freelancer, every penny counts.  And you don't want to throw a great deal of it on a lawyer. 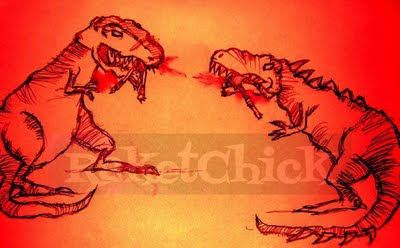 Moral lesson/s:  When freelancing, you can always expect pitfalls.  Sometimes two at a time.  But you get up again and learn from them.  Secondly, never, ever trust a client who agrees to give you the moon --because chances are, he won't.  Lastly, always aim high.  So when you drop, you can still run away with something.  Pride isn't one of them though.  But hey, pride is not much of a popular commodity when it comes to rakets.