"You're your own boss."
That's one of the most common mantras in Raketsville.  That and "No downpayment, no work."  But, as most freelancers are flexible, there will be projects where you'll have to head a team for an extended period of time.  And that segues to our topic for the day:  Bossmanship.

You must know that being a boss is so cool.  But, as Spidey says, with great power comes great responsibility.  And your ultimate responsibility as the boss is ...to train.  Surprised?  Hope not, because that would be sooo awkward. 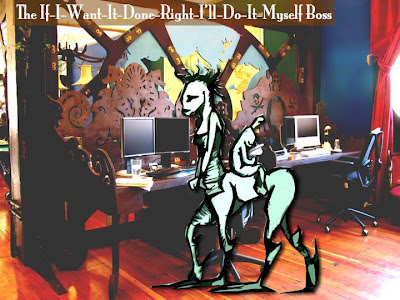 Now, if you're the kind who shields people from the heat so you can face the music yourself, well, that makes you more of a doormat than a leader.  Don't think you're doing anyone any favors.  Your people must learn.  Being motherly is good.  But parenting involves getting them on a bike and letting them fall, too.  Pony rides not allowed. 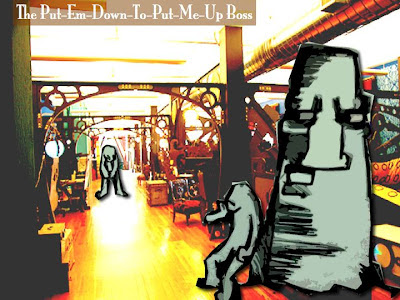 If you're the kind who gets insecure with an underling who steps up like, well, a boss --you're knocking down a good thing.  Him getting positive attention means you've taught him well.  So getting jealous and putting him down is a no-no.  You should train your people to be independent.  If you're the boss, you owe them that maturity. 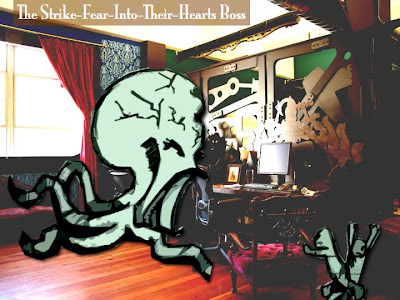 If you're the kind who uses his built-in boom box day in and day out to get things done, you're just making a complete fool of yourself.  While fear is important, respect is, too.  Blowing up is ok as long as you use it sparingly.  Say, after a screw up.  Just so they learn.  But shouting regularly to remind them who's boss... that's just sad.

Now, if after reading this, you decide that you're not built for that kind of responsibility, it's ok.  The core of freelancing is working solo anyway.  Just... don't yell at yourself.