No, it's not the same as 'racketeering' (although it can still be called illegal if your boss is one hell of a stuck-up).  I didn't make the word up.  And I didn't commit a typo --the 'c' before the 'k' is really not there.

'Raket' was coined a long time ago by the the genius who decided he didn't have to be a loyal employee all the time.  That he can actually get his own clients and shoot a rate card that's cheaper than his employer's and get even more business.  That he can actually do most of the stuff other members of his office's workforce can do so why not set-up his own 'secret' entrepreneurship.

It's basically being a freelance, gun-for-fire, go-to guy.  Work is usually rushed and cheap.  Negotiations are usually more straining.  But you call the shots and you earn everything.  If things go to shitsville, you lose a lot, too.

Craftiness is the name of the game.  And a huge crate of discretion.  Never blabber about your rakets, come on.

That said, I'm treating this blog like a journal --a Raketologue, if you will-- where I can blabber about my rakets.  Yes, I'll be shooting myself in the foot in so doing, but it's for a noble cause.  It is so that future, enterprising entrepreneurs can learn the ropes of the very important art of Rakethood.  More often than not, from my mistakes. 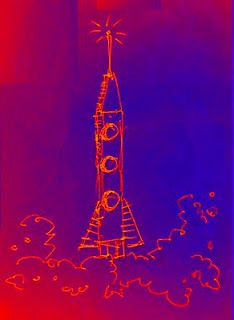